Modeling the motion of each individual vertex on a mesh for each keyframe can be tedious as there are many degrees of freedom.

Instead, an articulated character model is often described by a set of body parts and joint angles in a kinematic chain.

This type of modeling is called skeletal animation (or bone animation), and is supported by the MD3/MD5 format. 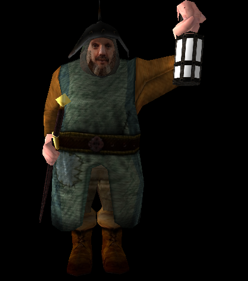